By getting your cat fixed you are doing more than just preventing unwanted kittens, you may also be preventing a host of unwanted behaviors and protecting your feline friend against some potentially serious health issues. Today our Thomasville vets share some of the things you should know about spaying or neutering your cat.

What is spaying and neutering?

When should I get my cat fixed?

Early or pediatric spay/neuter is typically done at around six to eight weeks of age, while standard spay and neuter is most often performed at around five to six months. That said, these procedures can be performed at any time during your cat's life as long as they are in good health.

What are the benefits of spaying my female cat?

It is estimated that in as little as seven years, one female cat and her offspring can produce an incredible 370,000 kittens. Getting your female cat fixed can make a big difference in reducing the number of unwanted kittens in your neighborhood.

Beyond preventing the arrival of unwanted kittens, spaying your female cat has a number of health benefits. For example, there's less risk of your cat developing malignant mammary tumors later in life if she is spayed before her first heat.

Spaying can also help to prevent your cat from developing an infection of the uterus, and of developing cancers of the reproductive organs.

Spaying may also help to eliminate some unwanted behavours in female cats, including heat-induced howling, increased and overly intense affection, intense rubbing on objects, marking territory with urine, and the desire to wander.

What are the benefits of neutering my male cat?

The health benefits of neutering you male cat include a reduction in the risk of your cat developing testicular and prostate cancer.

Male cats that are neutered often show less inclination to fight with other male cats, helping to reduce the risk of serious injuries caused by fighting.

Neutering your male cat may reduce your cat's desire to roam in search of females. Less desire to roam helps to reduce the risk of injury due to traffic accidents as he travels long distances.

Having your male cat fixed may also help to prevent him from spraying around your home and property to mark his territory, and will prevent your cat from fathering countless kittens.

Why should I worry about unwanted kittens if I own a male cat?

When it comes to controlling the population of unwanted cats in our neighborhood we all need to play our part. The number of kittens that one unaltered male cat could father in a single year is in the hundreds, and those kittens will be old enough to breed in just 6 months. It is estimated that by neutering just one male cat and spaying one female cat we can prevent a whopping 2000 unwanted kittens from being born within just four years!

Right now, across the US there are far more cats being born each year than there are homes available for them. Many of these homeless cats wind up on the streets, or ultimately end up being put down in shelters. You can help reduce the rates of cat homelessness and euthanasia by having your own cat spayed or neutered before they can reproduce.

The benefits of getting your cat fixed cannot be overstated! If you're ready to have your cat spayed or neutered, contact the compassionate and friendly vets at Thomasville Veterinary Hospital to book an appointment. 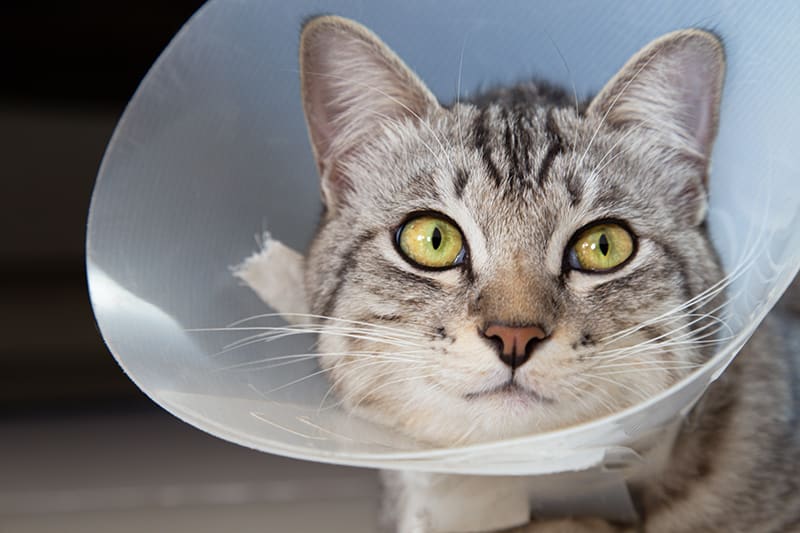 Looking for a vet in the Thomasville area?

Male Cats Before & After Neutering

While neutering male cats is considered a safe and common procedure that can provide many benefits for both the cat and their owner, some pet parents still have questions about getting their male cats neutered. Today our Davidson County vets explain what to expect before and after neutering your male cat, including behaviors and recovery.

Ultrasound for Dogs and Cats: What Pet Owners Want to Know

So you've just learned that your cat or dog requires an ultrasound. What exactly does that imply? And how will it benefit your pet? Our Davidson County veterinarians describe ultrasound procedures on pets, how to prepare your pet for the procedure, and what conditions this testing can detect.

Getting your kitten spayed or neutered prevents the birth of unwanted litters, and helps to protect your cat against some serious health conditions. Our Davidson County vets discuss the best age to have your kitten fixed as well as the benefits of these veterinary surgeries.

Whether you need urgent care for your pet or you're looking for a vet in Davidson County, we welcome you to our family at Thomasville Veterinary Hospital Urgent Care + Surgery.

Referrals may be required for some specialty services. Please contact us to learn more.